Whether you’re just beginning your vegan journey or you're a vegan veteran, we could all use a dose of inspiration and motivation. We can assure you this post is all you need to rededicate yourself to a healthy and ethical life of veganism.

When the Vomad Life surveyed vegans on why they decided to eliminate animal products from their diet, the results were overwhelming. A staggering 80% of them turned vegan because of animal ethics. Health reasons came in second and ethics for the environment followed behind.

Whether you’re doing it (or thinking about doing it) for yourself, the animals, or the world, we are here to support you on your journey. In this article, we’ll look into the top 20 vegan makers that convinced hundreds and thousands of others to go--and stay--vegan.

Get comfy because we’re uncovering the best documentaries, vegan activists, and organizations that you need to be following.

How to Become Vegan

Earlier this year, the people of Veganuary asked their social media channels what inspired them to go vegan. Let’s explore the top 20 answers!

"The Animals” manifesto by Sue Co is a booklet composed of 115 black-and-white woodcut illustrations. It’s the essence of animal rights advocacy.

Each picture, containing only a few (if any) words, depicts the horrible conditions animals live in as well as their basic rights being stripped from them. You can view excerpts from the book here. Veganuary is a movement that motivates people to try veganism for 31 days. It started in January 2014 in the UK but since then has reached across the globe, in an effort to reduce animal suffering.

You don’t have to wait until January to make a change. Now you can take the pledge and start your 31 pledge to avoid animal products at any time of the year. Sign up here and get inspired.

This viral documentary, What the Health, found on Netflix exposes the secret of preventing and reversing chronic diseases--plot twist, it’s veganism--and investigates why America’s top health organizations are keeping the facts from us.

This documentary will seriously change your perspective on the health issues surrounding animal products and shed major light on the corruption within professional organizations. Add it to your watch list immediately.

Animal rights activist Gary Yourofsky, is a big name in contemporary veganism. He is known for his speeches, youtube videos, and involvement in the animal rights community.

He was sponsored by PETA for a number of years. His activism, often extreme, has ranged from everything from lectures and protests to freeing minks from a farm where they held in captivity. He’s been arrested 13 times and banned from entering Canada and the UK. If you thought all vegans told you about being vegan, you’d be wrong. James Aspey is famous for taking a one year vow of silence as a form of activism to raise awareness for animals and promote peace.

Aspey had a rough start in life facing leukemia at 17. Once he recovered, he dealt with drug abuse and eating disorders in his early twenties. After finding veganism, it changed his life, and he’s now helping others make the change. His story is truly inspiring, read it here.

Want another great Netflix documentary to reassure that switching to veganism is a great move for the environment? Check out Cowspiracy.

This educational yet humorous documentary takes you through Kip Andersen’s shocking journey as he goes behind the scenes of the agricultural industry to uncover it’s destructive secrets. Get the facts here and see how animal agriculture is slowly killing our earth.

Earthlings is yet another eye-opening documentary that reveals the horrible truth behind factory farms, research labs, puppy mills.

Filmmakers use hidden cameras to expose the day to day acts behind animal testing and how animals are treated when held in captivity. This documentary delves into the animal abuse behind these five industries: food, clothing, entertainment, science, and our pets. Earthling Ed is a huge vegan activist who is famous for driving around the UK in The Big Vegan Activism Van. He is known for making inspiring speeches, interviewing people in the streets, and starting the Official Animal Rights March. Check out his youtube videos and get inspired.

If you need a little extra boost of inspiration to fuel your vegan diet, head to Netflix and watch the documentary Forks Over Knives.

This astounding film shows how eliminating animal products can not only decrease the risk of severe diseases like cancer and diabetes but can also reverse them.

Freelee, or more commonly known as the ‘banana girl,’ is a public activist for the raw vegan diet and a very popular vegan blogger on Instagram and YouTube.

She recently left her life in Australia to live off the grid in South America. You can find her living deep in the jungle “free of clothes, labels, shoes, makeup, and shaving.” The 2011 film Vegucated follows three people from New York City who try a vegan diet for six weeks. During this time, they’re interviewed and ‘vegucated’ on the secrets behind animal agriculture and the health issues surrounding animal products.

This is an excellent film for new vegans who are also taking their first steps towards veganism.

Don’t recognize this name? Maybe you know her better as Luna Lovegood from Harry Potter.

Evanna proves to be an inspiring role model for vegans and veg-curious people. She created her podcast, The Chickpeeps, to fuel your vegan journey in a fun and light-hearted, yet educational, way. Check it out today.

“When you love your vegan life, people are naturally curious.”

She’s been vegan for over ten years now; she and her husband also raise their young boys vegan. Check out her inspiring blog full of FAQs, recipes, and great tips for vegan mamas. If you think PETA is just known for throwing fake blood on people who wear fur, then you have a lot to catch up on. PETA, people for the ethical treatment of animals, does an unreal amount of good for animals as well as inspire others to make the switch.

Step up for the animals and join PETA’s cause today.

This tattooed vegan badass, Monami Frost, is known all of the internet for her inspirational vegan Instagram posts and youtube videos. From there, she’s started a vegan clothing line, Frost Streetwear, and now opening a vegan burger restaurant.

Since then he’s performed outrageous athletic feats like running 40 miles and swimming the six miles across the Stockholm Archipelago. He shatters the vegan stereotype that vegans are thin and malnourished. The world's toughest vegan & wellness guru, John Joseph, has inspired hundreds of people to go vegan based on his raw vegan advocacy. He dabbles in everything from music, writing, triathlons, to even running a yoga studio.

When you hear the term wellness guru, we can assure you that John Joseph isn’t what comes to mind. From starvation, foster homes, a crack addiction, and homelessness to becoming a rock star, ironman athlete, and a raw vegan advocate, John surely breaks the mold.

Check out his youtube channel for the hard truth--he doesn’t sugar coat anything.

Leanne Lauricella, a staunch vegan, runs a vegan sanctuary for special needs baby goats and her mission is to save the world, one goat at a time.

Caitlin Cimini is the founder of Rancho Relaxo, an animal advocacy nonprofit. Their mission is to take in abused animals, spread the word for animal rights, and be their voice.

Starting from a single horse, Caitlin has taken in horses, hens, foster dogs and cats, pigs, goats and sheep into her animal sanctuary. This animal rights activist from Australia had a tough life before finding veganism. Starting out as an alcohol and drug abuser, he soon turned to gangs and found himself in prison. There he had a change of heart and realized he wanted to help the less fortunate.

He soon concluded that animals need the most help since they don’t have a voice of their own. He traded in his old life to fight for the rights of animals. He is now known for his sobriety and animal advocacy.

Who or What Inspired You to Go Vegan?

Have you watched any of the above documentaries or herd any of these vegan makers?

If anyone asks you how to become vegan, be sure to share this article with them so they can join us in making the change for a better world and a healthier body.

For all things, vegans, check out our blog. Vegan Vitamin D3: Everything You Need To Know

Hundreds of scientists agree that a vegan diet brings a number of health benefits with it includi...
Read More

I scream, you scream, we all scream….when we see dairy products inhibiting our favorite frozen de...
Read More

8 Vegan Clothing Brands You had No Idea Existed

Ready to find out more about our new, and upcoming products? Sign up below. Who are Future Kind?

We’re Eliot and Shaun, two Australian brothers on a journey to build the world’s leading vegan supplement brand, by vegans, for vegans.

Our mission is to help the planet shift to a plant based diet. We use a percentage of our sales to fund animal sanctuaries across the world, with our Future Kind Fund.

At 10x the Potency of a standard vegan multivitamin, you'll never choose an ordinary one again.

Fights the most common vegan deficiencies to help 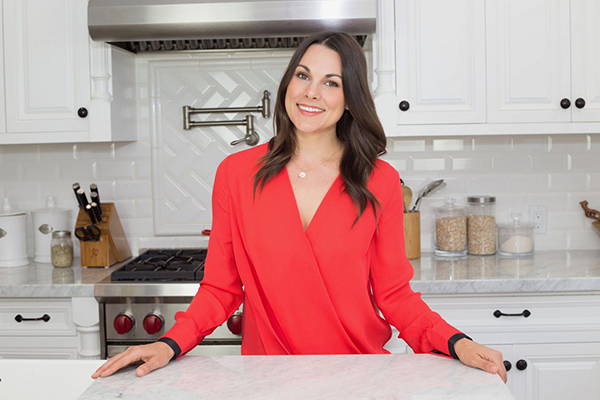 "Future Kind is the first supplement of its kind to offer just the essentials: B12,D3 and Omega-3, in the form and dose that's ideal for vegans. It takes the guesswork out of ensuring that you're getting what you need."
Whitney English RD.
Registered Dietician 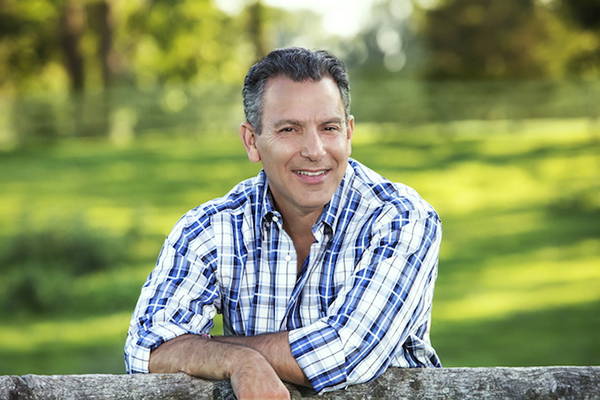 "To have a solution for the "holes" in a whole food plant diet in a simple capsule approach is wonderful. I measure D, B12, and omega-3 levels in thousands of patients and now to have a solution and one priced so competitively is a great advance. FutureKind is the answer to any critique of the nutritional value of a whole food plant diet."
Dr. Joel Kahn
Holistic Cardiologist 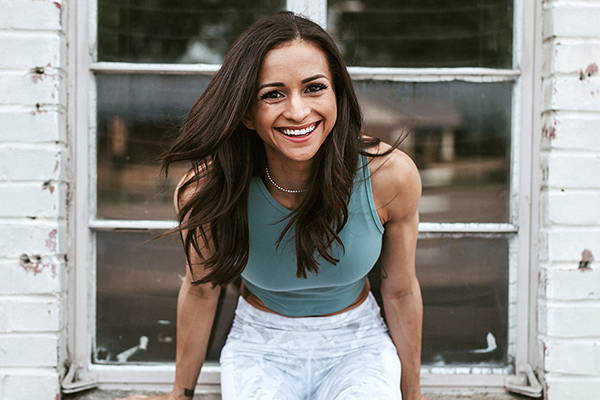 "As a professional athlete I want to make sure I am getting everything I need. Future Kind makes it easy and convenient to get all of your essentials in one go!"
Natalie Matthews
Professional Athlete